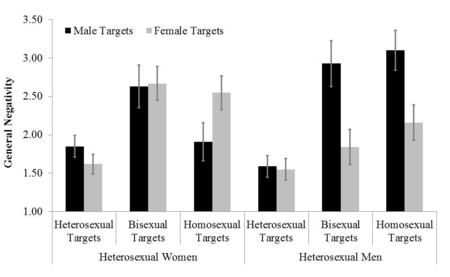 A second avenue of research with Dave MacKinnon focuses on translating new approaches to statistical causal inference in mediation designs (MacKinnon & Pirlott, 2015, Personality & Social Psychology Review). In this article, we summarize three ways to assess potential confounder bias and four statistical approaches to enhance causal interpretation of the M to Y relationship, including comprehensive structural equation models, instrumental variable methods, principal stratification, and inverse probability weighting. Perhaps easiest for social psychologists is to include all potential mediators and confounds in a structural equations model to minimize the likelihood of unmeasured confounds affecting the M to Y relationship.

Heterosexuals' Prejudices toward LGB: The Concern of Unwanted Sexual Interest 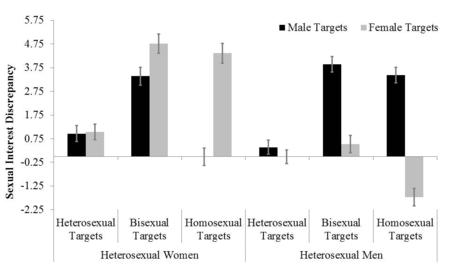 How do different features of the social environment affect our emotions, beliefs, attitudes, and behaviors?  My research employs an affordance management perspective to human cognition and behavior, which posits that people think about and respond to those around them in ways intended to better manage the potential opportunities (e.g., for friendship or romance) and threats (e.g., to mating opportunities or sexual autonomy) these others afford. I developed a program of research applying this perspective to prejudice, stereotyping, and discrimination, and because the complexity of some of these questions requires sophisticated designs and analyses, my second line of research focuses on developing methodological and analytic tools.

With Corey Cook, I developed a theory explaining variance in prejudice and discrimination as goal-activated and threat-driven (Pirlott & Cook, in press, Psychological Review). This paper weds two evolutionarily informed perspectives—the sociofunctional threat-based approach to prejudice (Cottrell & Neuberg, 2005) and the fundamental motives theory (Kenrick et al., 2010). The sociofunctional threat-based approach to prejudice suggests that prejudices against outgroups arise as specific emotional reactions based on threats outgroups are perceived to pose (e.g., threats to physical safety elicit fear). The fundamental motives theory argues that human behavior evolved in response to a recurrent set of challenges to mating, parenting, health, physical safety, and social status. We combine these two perspectives to explain variance in prejudice, to explain what stereotype content is likely to direct specific affective and behavioral reactions, and to explain when that affordance-emotion-behavior link is likely to engage. Stereotypes that relay threat and opportunity information relevant to evolved, fundamental human motives (as opposed to stereotypes conveying information irrelevant to fundamental human motives) are likely to engage specific emotional and behavioral reactions to act strategically upon those threats and opportunities. The relevance of the threat and opportunity stereotypes depends upon the perceiver’s currently activated fundamental motives—either temporarily activated or chronically activated (i.e., individual differences). Accordingly, our perspective argues that although there is often a set of stereotypes about a particular group, the stereotypes that engage emotional and behavioral reactions depend upon their threat- and opportunity-relevance to the perceiver’s currently active fundamental motives. This also suggests that the perception of affordances varies as a function of the relevant goals of the perceiver to predict nuanced emotional and behavioral responses toward the particular target.